Gold has been giving nice swing trades since the start of the Feb 2017 as it ran into a channel. The price is now being held in a channel marked with blue trendlines A and B.
The momentum in channel is comparable in both up and down swings forming clear cut V patterns. This means that there is a high probability that price will fall back and retest the lower part of the channel support B since it has comparable momentum after reaction off resistance zone A
V patterns usually indicate equal strength between buyers and sellers ie indecision. Hence keep the trading now in the channel until a convincing breakout either way happens to confirm the long term direction. 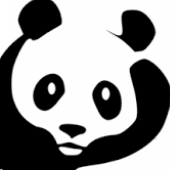 #CANDLESTICK BASICS
What is difference between a hammer and a hanging man?

#CANDLESTICK BASICSWhat is difference between a hammer and a hanging man?freeforexcoach.com/hammer-and-the-hanging-man/#hammercandlestick #candlestickpatterns #ForexStrategy ... See MoreSee Less